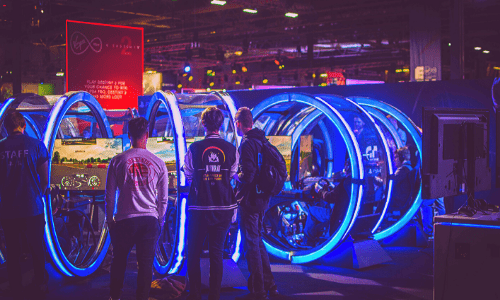 PC PS4 Final Fantasy XIV: Shadowbringers is a new expansion for the popular Square Enix MMORPG for PC and PlayStation 4. Explore new stunning environments, discover new exotic races, master exciting new trades and fight alongside the most legendary NPCs thanks to the new Trust system in your new adventure as a warrior of darkness.

PC PS4 XBOX ACTION RPG Sekiro: Shadows Die Twice , developed by From Software and edited by Activision for PC , PlayStation 4 and Xbox One, is an action RPG from the creators of Dark Souls and Bloodborne that collects the witness of the mythical Tenchu ​​saga and takes us to the It was Sengoku, in the year 1500 in Japan, in which a samurai must face death at every step.

PS4 XBOX PC Resident Evil 2 comes to PC, PlayStaton 4 and Xbox One as the new version of the popular action-horror adventure title of the same name originally appeared on PlayStation at the hands of Capcom, in which its two protagonists, Leon S. Kennedy and Claire Redfield, they travel to a Raccoon City infested with zombies.

Disk PC RPG Disco Elysium is an open-world RPG by ZA / UM for PC in which we are a detective with total freedom to evolve his character, with deep decision making, skills to develop and the option of being a recognized hero or a fearsome villain.

PC Total War: Three Kingdoms, developed by Creative Assembly and edited by Sega for PC, is a new installment of the Total War strategy saga set this time in ancient China, in 190 AD, where the Han Dynasty falls to the feet of the new emperor. This beautiful but fractured land demands a new emperor and a new way of life. Unify China under your mandate, forge the next great dynasty and build a legacy that will endure over the centuries. Choose from a cast of 12 legendary warlords and conquer the kingdom. Recruit heroic characters to help your cause and dominate your enemies on the military, technological, political and economic fronts.

PS4 XBOX PC The Division 2 is the sequel to the successful title of tactical action and shooting of Massive Entertainment and Ubisoft for PC, PlayStation 4 and Xbox One, where players must cooperate to get out of new and dangerous challenges. He leads a team of elite agents in the remainder of Washington DC following the passage of a pandemic to restore order and prevent the collapse of the city. Play with your friends in cooperative and PvP, get powerful weapons and equipment and become one of those chosen to protect the Capitol in a state of emergency. The mission does not end with the campaign. Beyond level 30, agents of the Division are waiting for new specializations, game modes, raids and much more.

XBOX PS4 PC ACTION Borderlands 3 is the third numbered installment of the Borderlans first-person cooperative action title by Gearbox and 2K Games for PC, PlayStation 4 and Xbox One. Defeat the Siamese Calypso and prevent them from uniting the bandits and obtaining the supreme power of the galaxy. Only you, a camcorder in search of strong emotions, have the arsenal and allies that are needed to end them. Put yourself in the shoes of one of the 4 amazing camera seekers, each with its powers, play style, skill tree and hundreds of customization options. All cameras can unleash chaos on their own, but together they are unstoppable: Moze, Amara, FL4K and Zane.

NSW PC Baba Is You, developed and edited by Hempuli Oy for PC and Switch, is a puzzle game in which the rules are set by the player himself while playing, causing all kinds of crazy interactions.

PS4 PC NSW Mortal Kombat 11, developed by NetherRealm Studios and edited by Warner Bros. for PC, PlayStation 4, Xbox One and Switch, is the new installment of the famous and brutal saga of action and struggle, now with different dimensions of its dark universe to our scope.

PS4 XBOX PC F1 2019, developed and edited by Codemasters for PC, PlayStation 4 and Xbox One, is a new installment of the driving simulator based on the Formula 1 World Championship with all pilots, cars, teams and official circuits.

PS4 XBOX NSW SPORTS 2K redefines the limits of sport games in NBA 2K20, with the best graphics, the most realistic mechanics, innovative game modes and unmatched player control and customization. In addition, with its captivating open environment, El Barrio, NBA 2K20 is the platform where players come together to shape the future of basketball and its culture, a sports title by Visual Concepts and 2K Sports for PC, PlayStation 4, Xbox One, Switch and Stadia.

PC XBOX ACTION Gears of War 5 is the fifth installment of the action and shooting saga of The Coalition and Microsoft for PC and Xbox One. The dependence that human beings have on technology has become their downfall and enemies unite to destroy all survivors. Like Kait, travel to the past to reveal the origins of the Locust and fight with your team to protect what’s left.

PC PS4 XBOX Become the image of an NFL franchise. The decisions you make count on your trip by becoming an NFL superstar. Create your own university quarterback and participate in the College Football National Championship qualifiers and in the NFL Combine events. Try to reach the NFL draft and become the image of a franchise in a new career mode customized and focused on you. After selecting a team, take advantage of Madden’s new scenario engine to generate dynamic challenges, events and playable and custom scenarios to shape your NFL career. Madden NFL 20 is a sports and football title by EA Tiburon and EA Sports for PC, PlayStation 4 and Xbox One.

PS4 PC XBOX Metro Exodus, developed by 4A Games and edited by Deep Silver for PC, PlayStation 4 and Xbox One, is a new installment of the first-person action saga, in this case, based on the books Metro 2003 and Metro 2035; We must return to the post-apocalyptic world of Metro as we overcome claustrophobic and other more open environments while surviving countless mutant creatures. A quarter of a century after the nuclear war devastated the earth, a few thousand survivors still cling to existence under the ruins of Moscow, in the Metro tunnels. They have faced the contaminated elements, they have fought against mutant beasts and paranormal horrors, and suffered the flames of a civil war. But now, like Artyom, you must flee the Metro and lead a group of Spartan Rangers on an incredible journey across the continent traveling through a post-apocalyptic Russia in search of a new life in the East.