Most movie fans are more than familiar with Mel Brook’s 1974 comedy/western ‘Blazing Saddles‘ which starred Gene Wilder and Cleavon Little as Bart the first black sheriff of the redneck town of Rock Ridge. Though the rest of the cast was filled by Hollywood icons such as Madeline Kahn and Slim Pickens there were two exceptions, one being ex Detroit Lions tackle Alex Karras as Mongo and adult magazine model Robyn Hilton as the busty secretary of the wacky Governor William J. Lepetomane (played by Brooks himself).

Though movie fans have enjoyed gawking at Hilton and her now infamous cleavage for decades many have never inquired as to just who she is.

That is until now. 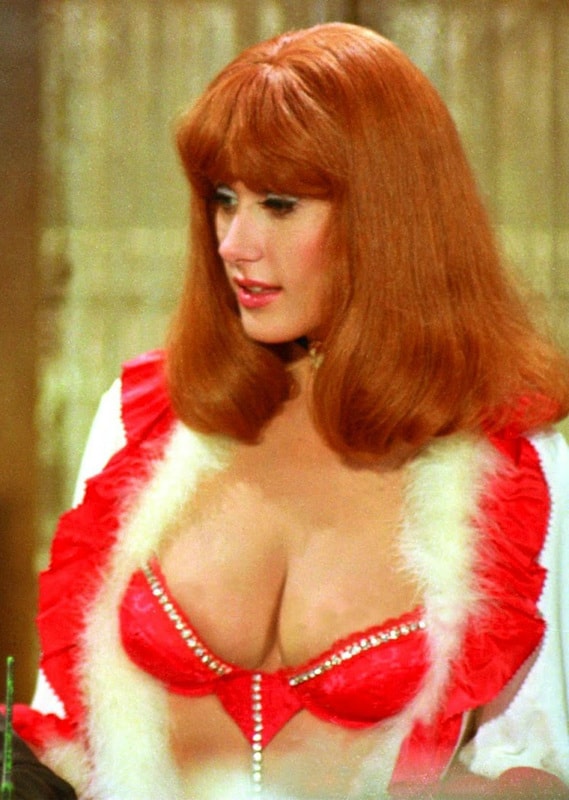 Born in 1940, Robyn Hilton entered acting late in life. She spent much of her early 20s attempting to start a professional modeling career. However, she soon realized that her breasts were her best feature. She began posing topless under several aliases, for several small fly-by-night publications, many of which went out of business after just two or three issues. She also worked in many “nudie-cutie” films, which exploited her impressively busty physique, and she spent almost all of her time in front of the camera topless or completely nude.

A majority of her adult shorts and features are considered lost forever, as are almost all the nude pictures she posed for. She retired from the film industry after her last film, Malibu Express (1985). After that, she gave her only interview to Movie Buff Magazine in December 1989. She has dedicated herself to staying fit, looking as great as she did in her prime. After the interview, she all but vanished from the limelight. Her current whereabouts are unknown..

It should be noted that she also starred in the action film ‘Doc Savage: The Man of Bronze’ and on TV in episodes of ‘Police Woman’ and ‘Starsky and Hutch’. 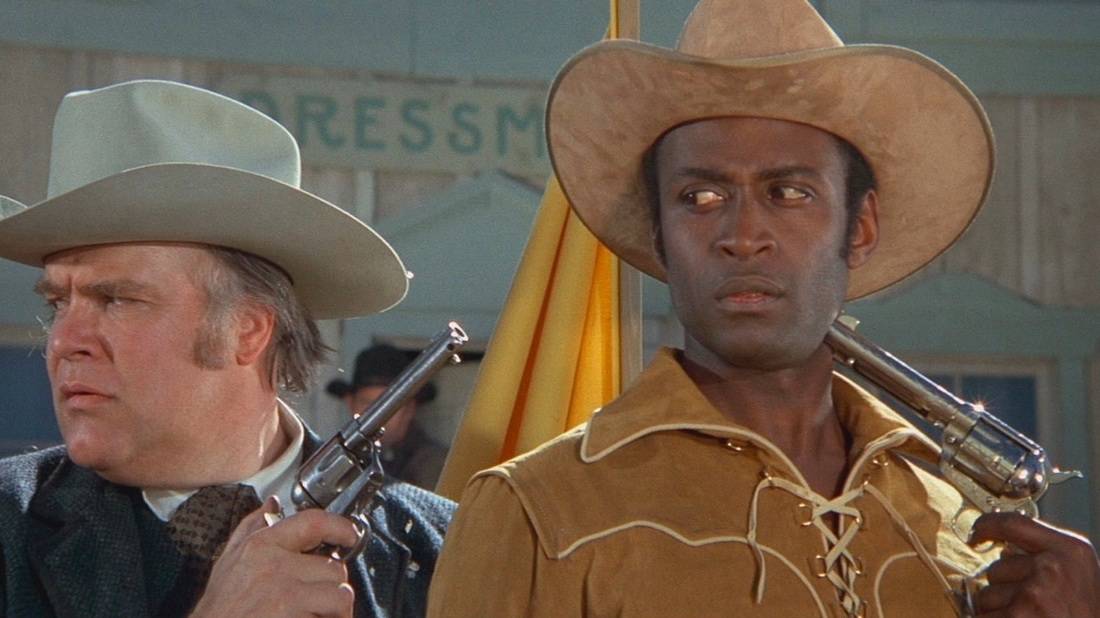 “What did you expect? “Welcome, sonny”? “Make yourself at home”? “Marry my daughter”? You’ve got to remember that these are just simple farmers. These are people of the land. The common clay of the new West. You know… morons.”

“Well, it got so that every piss-ant prairie punk who thought he could shoot a gun would ride into town to try out the Waco Kid. I must have killed more men than Cecil B. DeMille. It got pretty gritty. I started to hear the word “draw” in my sleep. Then one day, I was just walking down the street when I heard a voice behind me say, “Reach for it, mister!” I spun around… and there I was, face to face with a six-year old kid. Well, I just threw my guns down and walked away. Little bastard shot me in the ass. So I limped to the nearest saloon, crawled inside a whiskey bottle… and I’ve been there ever since. ”

“Here I stand, the goddess of desire
Set men on fire
I have this power
Morning, noon, and night, it’s dwink and dancing
Some quick womancing
And then a shower.
Stage door Johnnies constantly suwwound me
They always hound me, with one wequest
Who can satisfy their lustful habits?
I’m not a wabbit.
I need some we…
…estI’ve been with thousands of men
again and again
they promise the moon
they’re always coming and going and going and coming… and always too soon.Right, girls?”