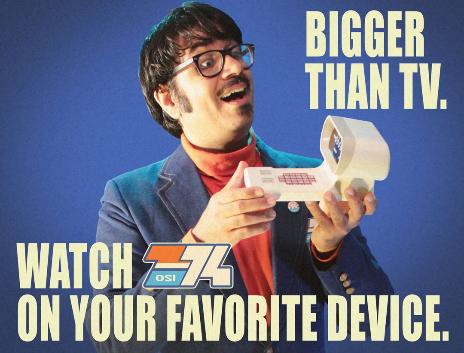 Way back in 2001 a fledgling horror host by the name of Mr.
Lobo launched a little late night movie program called “Cinema
Insomnia” on KXTV channel 10 in Sacramento. Since that time
Lobo, and CI, have been syndicated all over this great country of
ours appearing on TV screens from Cucamonga to Kalamazoo.
Lobo has even launched a very successful line of DVDs
featuring CI episodes which can be purchased through
Amazon.com. All this, including numerous public appearances 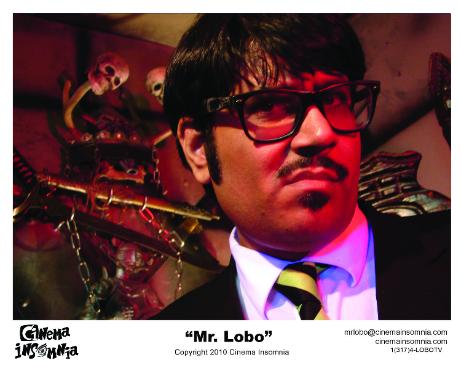 Typically, Mr. Lobo opens each episode by promising to screen
a well-known horror or science fiction classic (such as The
Creature from the Black Lagoon or Alien); however budgetary
limitations, acts of God or other circumstances invariably force
him to show a much lower quality movie (such as Starcrash or
Santa Claus Conquers The Martians).

Unlike the various hosts and robots of Mystery Science Theater
3000, Mr. Lobo does not appear while the movie is playing;
instead he appears in brief vignettes in between segments of
the movie. Also appearing are items such as fake commercials
(such as one for “Rad Abrams – Skateboard Attorney”), old
movie trailers, classic commercials and footage and interviews
shot at horror conventions, science fiction conventions, and film
festivals across the country.

at movie screenings and conventions, have made this a very
eventful decade for Lobo indeed.

Local Horror Host, Eric Lobo aka “Mr. Lobo” started Cinema
Insomnia on KXTV Channel 10 in Sacramento in 2001 only to
have it cancelled later that year. Since then, that 3:05 AM time
slot on very late Saturday/early Sundays have been replaced by
a hostless movie slot consisting of the same 13 public domain
movies. Since this is the 10th Anniversary of Mr. Lobo’s debut
on KXTV, this petition is encouraging KXTV to bring back
Cinema Insomnia & Mr. Lobo to the same time slot. They have
nothing to lose but plenty to gain.

Mr. Lobo’s rocking chair was previously used by none other than
Bob Wilkins at last live appearance at Harlow’s in Sacramento.
Bob Wilkins was credited as the senior consultant for Cinema
Insomnia when the series went into syndication.

The black void in which Mr. Lobo inhabits on the program is
actually a hand-crafted velvet drape, made by two hundred
Malaysian children.

The episode with the largest “footprint” or viewing radius was
the 2006 Halloween Special, “Frankenstein vs. the Creature
from Blood Cove. It was available to 45 Million households
across the US.

Mr. Lobo’s career had many twists and turns before his fame as
a Horror Host, including, publishing comic books and trading
cards, illustrating children’s books, writing comedy, and
producing radio plays. Also Mr. Lobo is his real name.