Donna Noble is determined to find the Doctor again – even if it
means braving the villainous Miss Foster and her hordes of
sinister Adipose, as Russell T Davies’s Bafta Award-winning time-
travelling drama returns for a fourth series. But when the alien
threat escalates out of control, can Donna find her Time Lord
before the march of the Adipose begins?

I just want to state again, that if you haven’t been watching either
Doctor Who, or Torchwood, then you have been missing two of
the best shows on television.

Season four looks like it is going to go down as the season of the
companions. We will see Donna Noble paired up with the Doctor
again, plus more episodes with Martha Jones, and a surprise
return of a past fan favorite. 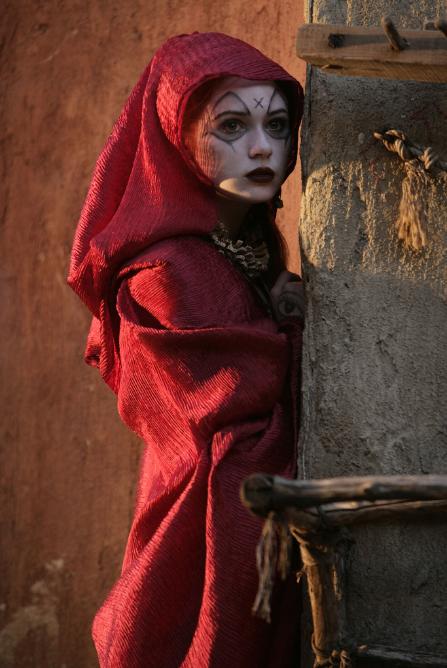 The Doctor and Donna travel back into ancient history, in
tonight’s episode of Russell T Davies’s Bafta Award-winning
time-travelling drama. When they arrive in 79AD, however,
they discover psychic powers and beasts of stone running riot
in the streets of old Pompeii. The time-travellers face their
greatest challenge yet – can established history be changed,
or must the Doctor let everyone die?

In one of the most ambitious episodes to date, the Doctor,
played by David Tennant, and Donna (Catherine Tate) arrive
in Pompeii in AD 79, on the eve of the historic eruption of
Mount Vesuvius.

The Time Lord and his companion are posed with an
immediate dilemma – should they warn the residents of
Pompeii of the forthcoming catastrophe or leave them to fend
for themselves?

The Thick Of It actor Peter Capaldi guest stars as Caecillius
and is joined by Quadrophenia and Rose And Maloney actor
Phil Davis who stars as Lucius. Further guest stars include
Howard’s Way and Born And Bred actress Tracey Childs who
plays Metella.

The filming of the episode took place at Cinecitta studios in
Rome, which the Doctor Who team expertly transformed into
Pompeii for a week of filming in September of last year.

Doctor Who’s Executive Producer and Head Writer Russell T
Davies says: “Arriving in Pompeii marks the start of another
exciting adventure for the Doctor and Donna. Donna is
stunned to find herself in the midst of history’s most famous
volcanic eruption.

“Viewers can expect many more ambitious storylines and a
whole host of guest stars in 2008.”The start of the new series
will see Donna tracking down the Time Lord during an alien
emergency in modern day London.

Doctor Who – The Sontaran Stratagem

Martha Jones summons the Doctor back to modern-day Earth,
but an old enemy lies in wait, as Russell T Davies’s Bafta
Award-winning time-travelling drama continues. With the
mysterious ATMOS devices spreading across the world,
Donna discovers that even her own family is not safe from the
alien threat – but is it too late to save them?

The warriors will feature in an episode which will also mark the
return of Freema Agyeman as Martha Jones.

She will run into the Doctor’s new companion – Donna Noble,
played by Catherine Tate – for the first time. “Martha Jones
returns in a fantastic storyline and the fans will get to see her in
a whole new light,” Agyeman promised. 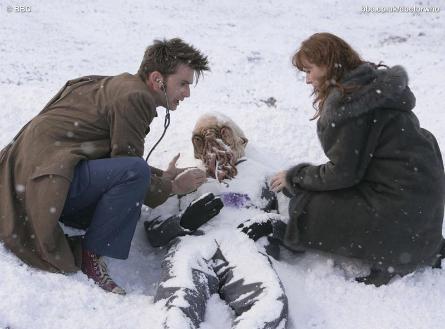 Doctor Who – Planet of the Ood

The Doctor takes Donna to her first alien world in episode
three of series four of the BAFTA Award-winning drama
Doctor Who tonight on the Sci Fi Channel.

But on the planet Ood-Sphere, they discover terrible truths
about the human race. As the enslaved Ood struggle for
survival, a secret buried for 200 years threatens to rise up
and engulf them all.

Head writer and executive producer Russell T Davies
comments: “We’re delighted The Ood are making a
welcome return to Doctor Who. They were last seen falling
into a black hole back in series two and we think it’s only fair
for the viewers to find out what the Ood have to say for
themselves! Donna is certainly in for a shock.”

Doctor Who – Voyage Of The Damned

Kylie Minogue’s starring role in Doctor Who will see her step back in time to
play a waitress on the doomed Titanic. The actress-turned-singer is joining
the Time Lord for a one-off episode which premieres tonight on the Sci fi
Channel,(An episode which originally aired at Christmas in the UK) called
Voyage of the Damned.

Writer and producer Russell T Davies said the episode would be
“ambitious”.

Minogue follows in the footsteps of comic actress Catherine Tate, who
starred in the Christmas special last year.

“It is an incredible thrill to be joining David and the entire Dr Who production
for this year’s Christmas special,” Minogue said.

“Doctor Who enjoys a unique history and it is going to be very exciting to be
a part of that.”

Tate has now been recruited to play the coveted role of the Doctor’s new
assistant for the fourth season.

Minogue will join Tennant for Voyage of the Damned, an hour-long show
following on from the end of the third series.

“This will be the most ambitious and best Christmas episode yet,” promised
executive producer Russell T Davies, who has also written the script.

Minogue, whose debut single I Should Be So Lucky topped the charts in
1988, is also currently working on her 10th studio album.

In last year’s Christmas special, Catherine Tate played a woman who was
upset at being transported into space as she walked down the aisle on her
wedding day.

A funny thing happened while filming this episode. Kylie Minogue was
mistaken for a real waitress while filming on location, when a pensioner
asked her for a cup of tea.

While filming Voyage of the Damned outside a Swansea hotel, an elderly
customer apparently thought the singer was a member of staff.
The 39-year-old star plays a waitress on the Titanic in the episode.

An eye-witness said: “It was absolutely comical. Kylie is an international star
but obviously this old dear didn’t know who she was.”He added: “She said
to Kylie: ‘Excuse me, love, is it too late for a cup of tea?'”Kylie saw the funny
side and just laughed.”I don’t think she knew if the lady was serious or not
and just carried on into the film set.” The pensioner then walked into
Morgan’s hotel in Swansea in time for her tea.