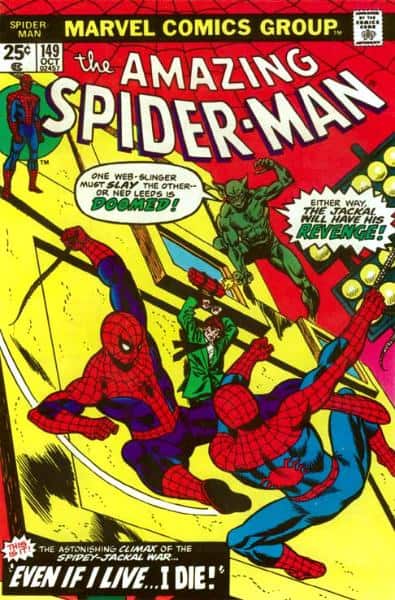 West Coast Edition
Written By: Ken HulseyDespite what the folks over at Bloomberg Businessweek may
want you to believe (Those Comics in Your Basement? Probably
Worthless) the comic book market is really starting to pick up
pace as 2013 comes to a close. At the time this article comes to
press many local Southern California collector shops are
desperately trying to dump their stock of sports cards, whose
market has completely crashed, to make room for more comic
books, which are in some instances, keeping those shops in
business.The market for post 1990 books has remained stale as would be
expected due to the vast number of issues available in back issue
bins in every shop from coast to coast. That being said issues from
the 1960s are on the rise while books from the 1970s are about
to take an up turn, as this article will undoubtedly prove.

With the death of Peter Parker in issue #700 the value of the run
of Marvel’s Amazing Spider-Man has continued to rise and
collectors have begun buying up back issues. But let’s put on the
brakes here for a moment. Did Peter Parker die in 2013 or way
back in 1975? In issue #149 Spider-Man fought an exact clone of 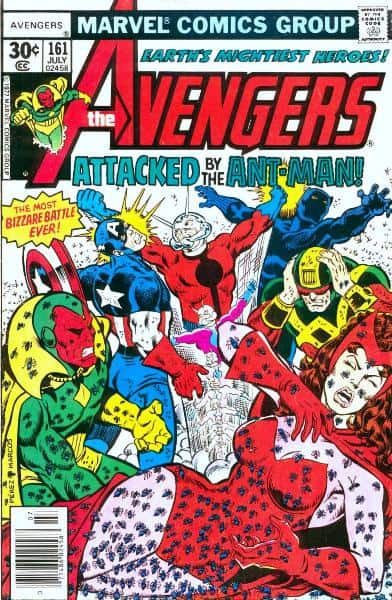 himself and during the climax of that issue the alleged clone bit the
big one. Or did he? Did the real Spider-Man survive or did the
duplicate? The answer has never been 100% confirmed and now
collectors are looking for issue #149 along with other 70s issues
(#100 – #150).

Renewed Interest In The Avengers

The success of The Avengers movie also spelled success for The
Avengers comic book series. Collectors have rediscoverd this
once mighty Marvel title and back issues a starting to disappear
from the market. A quick trip to your local comics shop would
seem to prove me a liar due to the fact that there are still plenty of
issues ranging from #101 to #200 to be had. What collectors
don’t know is that the largest supplier of books in the US is just
about out of those issues. That means that once those issues are
bought up their will be a very limited number of Avengers back
issues to restock comic shops. Therefor those issues will become
rarer and rarer over the next year or so. If you collect The
Avengers now may be the time to try and fill in the gaps in your
stash before the books are gone and the prices go up.

Issues of Journey Into Mystery are a hard find. Well to be
precise, issues in good condition are hard to find. There are early

Thor comics out in the market but the bulk of what is available is
under a 4.0 as far as condition is concerned. The same can be
said for other early Marvel titles such as Tales to Astonish and
Tales of Suspense in which good condition back issues are a
limited premium. They are out there, but when it comes to
“Journey” the all seem to be in the tight grip of collectors who are
holding on for dear life and who can blame them. If you find any
issues from these titles buy them if you can. You may not get
another chance in the foreseeable future.

Thanks to many documentaries about the history of comic books
that have been produced as of late there has been a renewed
interest in DC’s Green Lantern / Green Arrow title which has been
featured predominantly in the features. Namely it is issues #85 and
#86 the famous anti-drug issues that are in high demand. Though
Marvel beat DC to the punch with Amazing Spider-Man #96 –
#98, it is these issues that really exposed America’s youth to the
horrors of drug addiction in October / November 1971. Expect
these issues to become scarce very quickly over the next few
months as collectors realize have historically important they are.
That being said expect all the issues from this title to make a jump
in the Overstreet Price Guide over the next couple of years.

If Green Lantern / Green Arrow is a hot title right now the exact
opposite can be said for the Batman books. Interest in Batman,
Detective Comics, Brave and Bold and World’s Finest seems to
have bottomed out. Stores in the Los Angeles area have plenty of
stock for those titles and sales seem to have stalled. The answer
for this is a mystery to me. As a collector I do pick up back issues
of Batman from time to time just because there are great books in
great condition at great prices right now. That being said maybe
collectors will start to show interest again. Don’t expect much
though because even if things change it will probably take some
time before these books become hot again.

Maybe the most undervalued title in the whole Overstreet Guide is
Wonder Woman. Case in point, there just aren’t many back
issues out there period. Even the big comic book outlets in San
Diego, where you can find just about any book you want, have
little to no stock. It breaks down like this, from issue #180 up the
books are fairly rare, likewise books on the other side of #180
are very rare. The point at where Wonder Woman decides that
she doesn’t want to be a superhero anymore and gives up her

powers to fight crime like one of Charlie’s Angels seems to be the
focal point between hard to find and damn hard to find.

Again look for this title to gain more fan and collector interest due
the scarcity of back issues.

Note a Wonder Woman #13 that had been more than used and
abused, a 1.0 at best, sold for $80 in the OC this past summer.
This title is gonna go up in value trust me.

Going Off The Beaten Path In Search Of
Monsters

With a name like Monster Island News you know we gotta love
monsters and they are the focus of our small publisher focus this
quarter. To be specific it is the early work of Steve Ditko on both
Konga and Gorgo for Charlton Comics that I want to touch on.
Both of the titles are ultra hard to find but well worth the hunt.
Local shops in the LA area just don’t have them and when the do
show up they are gone just as quickly.

Likewise other Whitman and Gold Key books like Star Trek and
Turok Son of Stone are in demand. These titles have always been
popular and make a great addition to any collection … and they
are not a bad read either.

The Marvel and DC reprints done by Power Records (Peter Pan
Records) are hard to find and demand top dollar. Though the
label did produce copies of existing superhero issues they also
produced some original sci fi stuff relating to both Star Trek and
Planet of the Apes franchises. Well worth the money if you can
find them … and before I forget they come with a 45 rpm record.

By far the hardest book to find right now is The Uncanny X-Men
#121. I have looked for one from San Diego to Los Angeles and
to be honest for a short period of time I thought it never existed.
Logic tells me that it does, there is a #120 and a #122 so there
has to be one.

The book is more elusive than the Yeti on it’s cover.

No lie I have encountered more copies of Amazing Spider-Man
#1 than this baby.

It’s a great book with great art and story (plus it’s part of that
coveted run #94 – #150) so I would understand why fans would
want it, but not a single issue in a hundred miles?

There must be a conspiracy!

If you find it grab it … and if you find two send one my way!