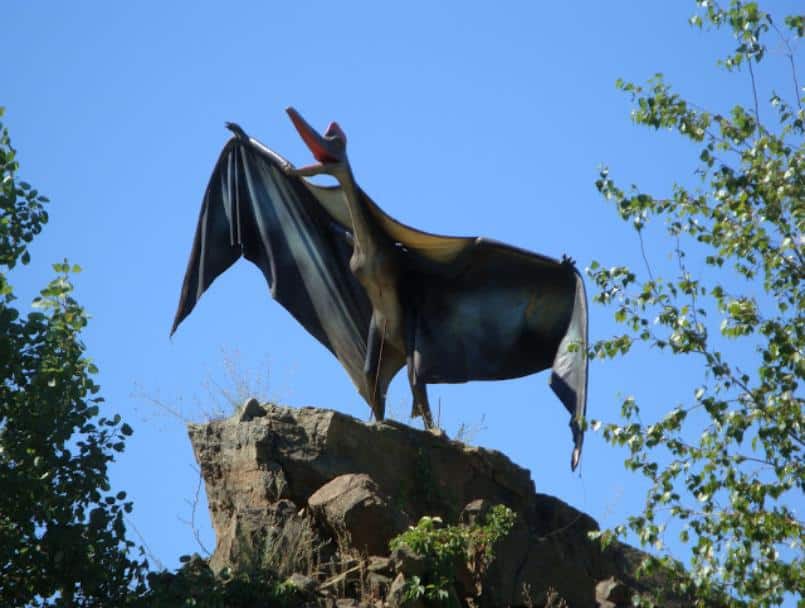 It is surprising how certain events from your childhood stick with you over the years and make subtle changes in who you are as a
person.One such series of events that I remember vividly to this day, were a series of reports of ‘flying monsters’ that came out of Texas in
our nation’s Bicentennial year (1976).Since I was a very young lad, and I just so happened to have lived in Texas at the time, these reports both fascinated and terrified me.
Throughout the year reports seemed to be coming in quite frequently, and our local television news would start off it’s broadcast with
the latest news on the monster.I can still remember during the summer months being afraid to go outside and play, believing that the monster may swoop down and
attack me or possibly carry me off.Though my research online only revealed news stories from that time period centering on sightings from an area close to the
Texas/Mexico border, in actuality they were coming from all over the state. Descriptions of the creature varied from that of a flying
dinosaur (pterosaurs) to something that looked more like a dragon with a head like a bat or even a gorilla.

Here is an excerpt from an article I found online by David Hatcher Childress the recounts some of these sightings:

“Officer, There’s a Pterodactyl in My Backyard!”

That there were sightings of pterodactyls in the 1800s, I have no doubt. In fact the sightings in the Sonora Desert continue to this day.
In the early months of 1976, a rash of “flying reptile” sightings were reported in the Rio Grande River Valley along the
Mexican-American border.

One of the first encounters was in the early hours of December 26, 1975 when a rancher named Joe Suárez discovered that a goat he
had tied up in a corral in Raymondville, Texas (about 30 miles north of the Rio Grande in southeastern Texas), had been ripped to
pieces and partially eaten by some unknown assailant. The goat had been mauled from the right side and was lying in a pool of blood
with the heart and lungs missing with the snout bitten away. The blood was still wet and warm when police officers examined the
carcass. They could find no footprints around the goat and concluded that a flying creature of unknown origin had caused the death.

Then, in the same town, on January 14, 1976 at about 10:30 in the evening on the north side of Raymondville, a young man named
Armando Grimaldo was sitting in the backyard of his mother-in-law’s house when he was attacked by a strange winged creature.

“As I was turning to go look over on the other side of the house,” said Armando to the Raymondville press, “I felt something grab me,
something with big claws. I looked back and saw it and started running. I’ve never been scared of nothing before but this time I really
was. That was the most scared I’ve ever been in my whole life.”

This strange flying attacker had dived out of the sky-and it was something Grimaldo described as being about six feet tall with a
wingspread he estimated as being from ten to twelve feet. Its skin was blackish-brown, leathery and featherless. It had huge red eyes.

Grimaldo was terrified. He screamed and tried to run but tripped and fell face first into the dirt. As he struggled up to continue running
for his mother-in-law’s house, the beast’s claws continued to attempt to grasp him securely, tearing his clothes, which were now
virtually ripped to shreds. He managedto dive under a bush and the attacking animal, now breathing heavily, flew away into the sky.

Grimaldo then crashed into the house, collapsing on the floor, muttering “pájaro” (Spanish for bird) over and over again. He was taken
to the hospital, treated for shock and minor wounds, and released.

A short time later, in nearby Brownsville, on the Rio Grande, a similar creature slammed into the mobile home of Alverico Guajardo
on the outskirts of town. Alverico went outside his trailer to investigate the crash into his house. When he noticed a large animal next
to the crash site, he got into his station wagon and turned the lights on to see the creature, which he later described as “something from
another planet.”

As soon as the lights hit it, the thing rose up and glared at him with blazing red eyes. Alverico, paralyzed with fear, could only stare
back at the creature whose long, batlike wings were wrapped around its shoulders. All the while it was making a “horrible-sounding
noise in its throat.” Finally, after two or three minutes of staring into the headlights of the station wagon, it backed away to a dirt road
a few feet behind it and disappeared in the darkness.

These were just the first of a number of bizarre encounters with seemingly prehistoric “birds.” Also in January of 1976, two sisters,
Libby and Deany Ford, spotted a huge and strange “big black bird” by a pond near Brownsville. The creature was as tall as they were
and had a “face like a bat.” They later identified it out of a book of prehistoric animals as a pteranodon.

The San Antonio Light newspaper reported on February 26, 1976, that three local school teachers were driving to work on an
isolated road to the south of the city on February 24 when they saw an enormous bird sweeping low over cars on the road. It had a
wingspan of 15-20 feet and leathery wings. It did not so much fly, as glide. They said that it was flying so low that when it swooped
over the cars its shadow covered the entire road.

As the three watched this huge flying creature, they saw another flying creature off in the distance circling a herd of cattle. It looked,
they thought, like an “oversized seagull.” They later scanned encyclopedias at their school, and identified the creature as a pteranodon.

And here is another from Blue Road Runner.com:

These reports didn’t gain real notoriety until the mid-1970s, when a number of sightings of large birds or bats surfaced in Rio Grande
Valley, Texas. The first report came from the town of San Benito, where three people reputedly encounters with a bald-headed
creature. But rumors had long circulated among the Mexican inhabitants of the town about a large bird-like creature, believed to make
tch-tch-tch sounds.

On New Year’s Day, 1976, two girls near Harlingen watched a large, birdlike creature with a “gorilla-like” face, a bald head, and a
short beak. The next day, a number of three-toed tracks were found in the field where the creature had stood . On January 14,
Armando Grimaldo said he was attacked by the creature at Raymondville. He said it was black, with a monkey’s face and large eyes.
Further reports surfaced from Laredo and Olmito, with a final sighting reported from Eagle Pass on January 21.

Though reports of flying dinosaurs over Texas reached it’s pinnacle in 1976, the state has been a ‘hot spot’ for such sightings since the
1800s. Things quieted down throughout the late 1970s, then unexpectedly there were another rash of sightings again in the early
1980s, followed again by a period of little to no reports.

Periodically reports of flying creatures still surface from time to time in Texas, but never to the extent of the ones that all surfaced in 76. 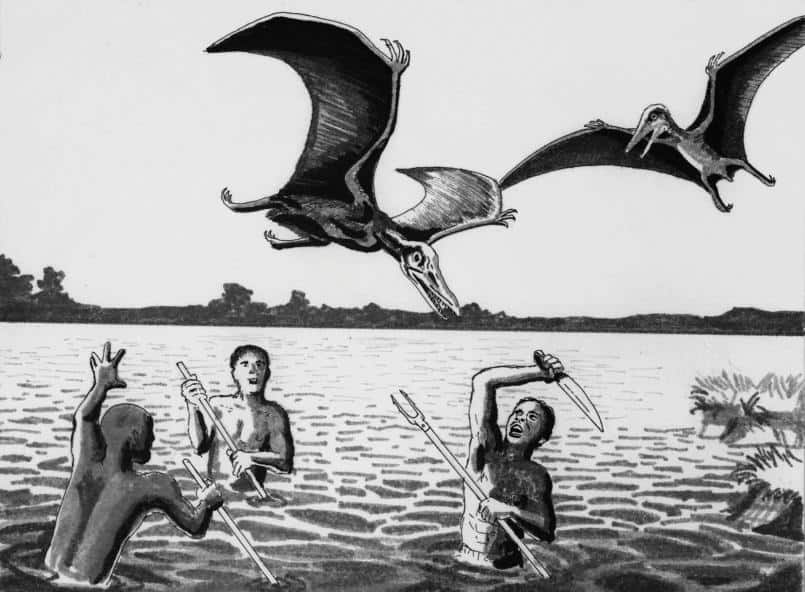 For the next two months, The Monitor will be running a nine-part series entitled “Creature Feature.” Published each Thursday, this
series will feature creepy tales of ghosts, ghouls and cucuys from deep South Texas by author David Bowles, with illustrations by a
variety of local artists.

For two months in early 1976, the Rio Grande Valley was plagued by a massive flying beast known only as the Big Bird. On the
evening of January 7, San Benito policemen Arturo Padilla and Homero Galván separately spotted a strange winged form as they
patrolled. That same night, Alvérico Guajardo caught sight of the same creature in Brownsville: he described it as a giant bat. A week
later an airborne monster with leathery skin and simian features attacked Armando Grimaldo of Raymondville.

After that incident, there came an avalanche of reports. A group of teachers driving to San Antonio witnessed what they swore was a
prehistoric pteranodon. National media picked up the story. Johnny Carson joked about the Big Bird on The Tonight Show. But
when a reward was offered, hoaxes started cropping up.
Finally, the news reported the capture of a jabiru, an enormous South-American stork, and broadcast video of a large blue heron
native to Texas. Many people believed the mystery of the Big Bird solved, and the media turned to other stories. But those who had
encountered the creature, including the Perales family, insist to this day that it still haunts the skies of South Texas. 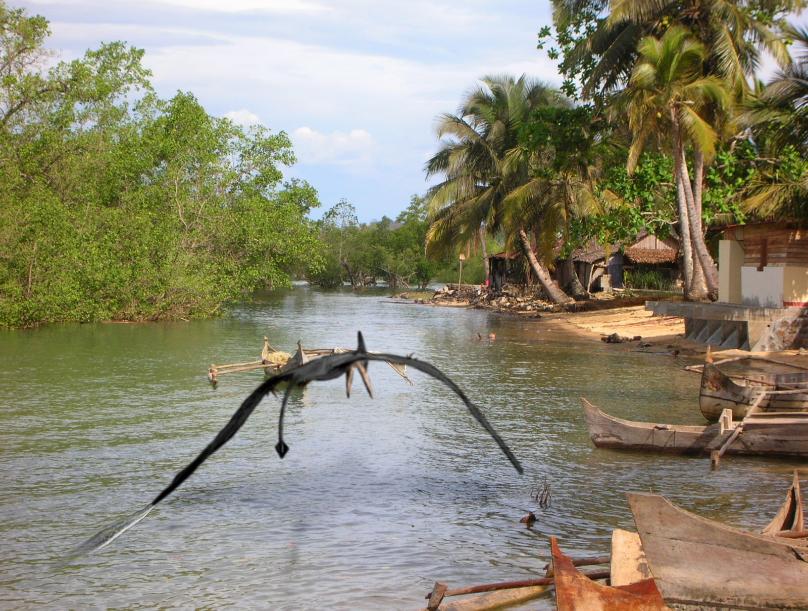 Bat-like wings, a beak full of razor sharp teeth, tearing claws, a long tail with a flanged end, is this night-flying reptile a figment of the
imagination? Or does it provide living proof that dinosaurs still exist today in far-flung and obscure little corners of the world.
Researchers have unearthed the pterosaur, 2010.

The Ropen (Demon-flyer) has terrified the people of Papua New Guinea for thousands of years, a monster of the skies that swoops
down on its unsuspecting prey, often at night, and carries them off to its lair.

The world is full of tales of mythical beasts (the Loch Ness Monster, Bigfoot, the Yhetti) and expeditions costing millions of dollars
have been carried out, often with the same result: little or no evidence, so the myth lives on.

Not so with the Ropen, or Dimorphodon Pterosaur, the flying reptile which is supposed to have died out 65 million years ago with the
rest of the dinosaurs, because, according to American-based researcher Terrence Aym*, “Eyewitness reports – collected by
determined exploration teams seeking strong evidence of the creatures – have led serious researchers to the conclusion that two
distinct animals exist”. 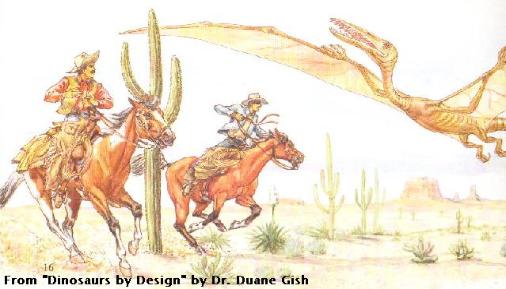 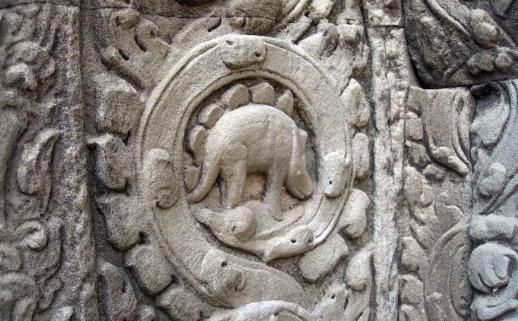 A visitor to the Ta Prohm Temple, deep in the Cambodian jungle, noticed something odd carved into the stone.

To the layman the carving looks exactly like a Stegosaurus, a giant reptile which lived during the Jurassic period, and according to the
fossil record, died out some 155 million years ago.

The likeness is unmistakable.

According to experts, it is believed that the temple was constructed around 1186 AD, long after the Stegosaurus went extinct.
Examination of the carving, showed no signs of being a modern addition to the stone work. The decoration is consistent with the other
carvings that adorn the temple, so it is highly unlikely that it is the work of a hoaxer.

Reportedly, the un-named person who discovered the dinosaur shaped carving, did some research on their own, quizzing local
villagers about the image. He (or she) was surprised to find that stories passed down from generation to generation indicated that the
creature had been spotted several times throughout the tribes history, even in recent times.

Are there Stegosaurus alive deep in the Cambodian jungle?

In recent times reports of living dinosaurs have surfaced from time to time. In the late 1970s a pair of scientists ventured deep into the
Congo after they learned of several ‘credible’ sightings of ‘long-necked’ dinosaurs that resembled Brachiosaurus, by local villagers. The
pair never found the creatures, but they did return with numerous reports of modern encounters from local tribes.

In the early 1980s a video clip surfaced that allegedly showed another ‘long-necked’ dinosaur in the Amazon river. Sceptics dismissed
the object in the video, concluding that it was just as a huge log that had floated to the surface of the water