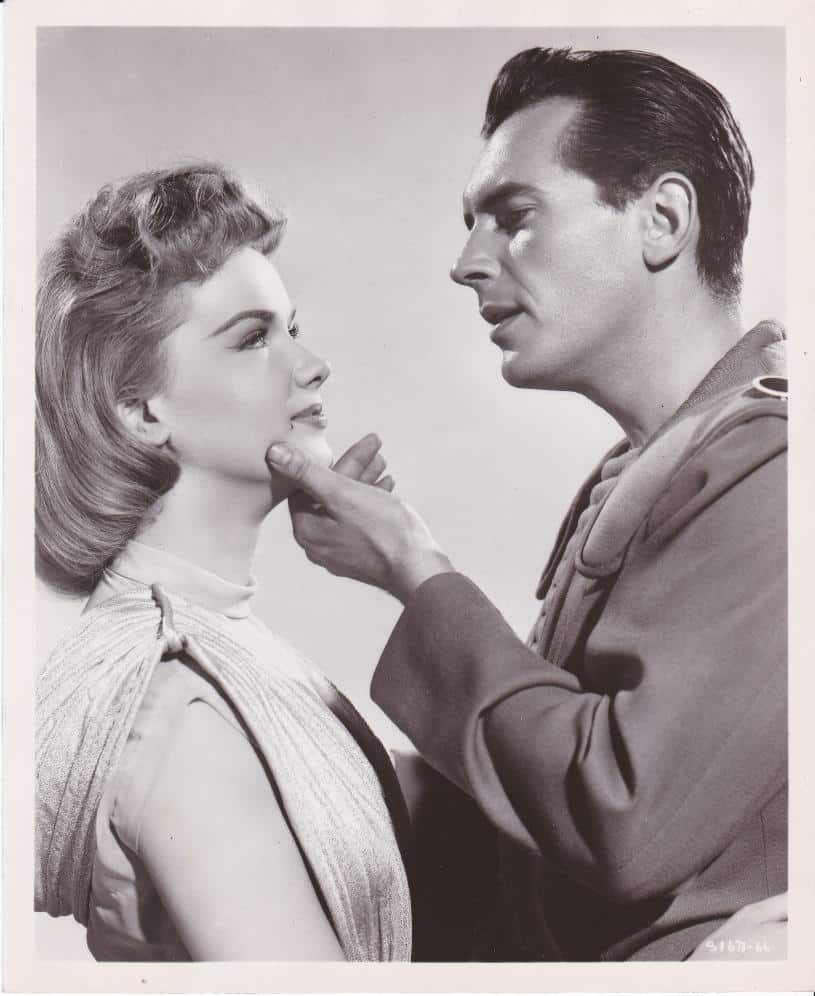 A LESSON IN LOVE … Anne Francis, as the daughter of a scientist on the planet Altair 4, who had never met any man except
her father, gets her first kiss when she meets Jack Kelly, as an officer of a space ship from Earth, in M-G-M’s first science fiction
thriller “Forbidden Planet”.