“Ginger or Mary Ann?” The Quest For The Ultimate Answer Continues

There are two burning questions that have plagued mankind since the dawn of time, ‘which came first, the chicken or the egg?’ and ‘which is hotter, Ginger or Mary Ann?’ One is question without an answer and one is a question about what men find most attractive about women. It’s a matter which is of course very subjective, what do you like better glamorous or wholesome?, slutty or demur?, redheads or brunettes?, creme brulee or apple pie?The two women at the heart of this television sitcom paradox are actresses Tina Louise (Ginger Grant) and Dawn Wells (Mary Ann Summers) two women that are more on a equal plain than their castaway counterparts on ‘Gilligan’s Island’ (CBS 1964 -1967). Both women were professional fashion models, but it was Wells who was actually a beauty queen (Miss Nevada 1960) and Louise began her career on Broadway before transitioning to television.

How do you choose?

Interestingly enough this was a problem that Gilligan (Bob Denver) never really had to worry about because he would have chosen the Professor (Russell Johnson) due to the fact that he really didn’t fancy women.

Of course there may be some of you out there that were really into Mrs Howell, and if that is the case this article isn’t for you.

I myself was a Mary Ann guy from the beginning, Wells along with Linda Harrison (Nova from Planet of the Apes) and Lynda Carter (Wonder Woman) formed what I considered the perfect trinity of geek fantasy and secured my life-long fascination with dark-haired women.

Maybe the ultimate answer would be both women, two sides of the coin, the best of both worlds. Variety is the spice of life right? Indeed the best choice may be not to choose at all? 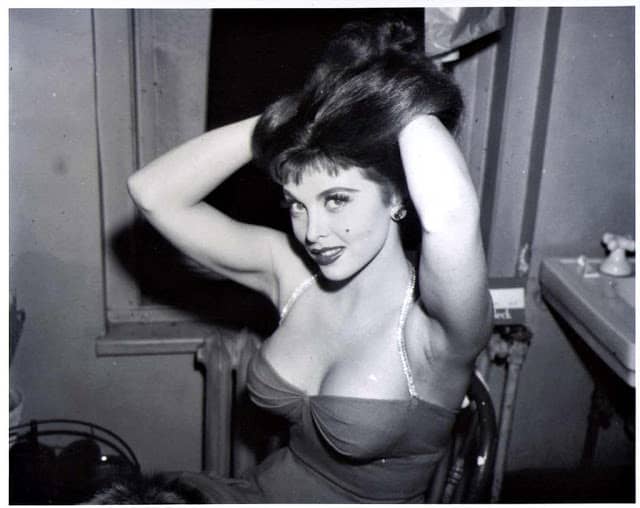 Although she is most associated with playing Ginger in “Gilligan’s Island” (1964), she detests the role and has not appeared in any of the series’ various reunion specials. According to Russell Johnson, Tina was told she would be the main star of the show when she was initially approached about doing it, and when she arrived in Los Angeles after accepting the offer, she found out otherwise. Johnson also recalls that while Tina remained professional throughout the show’s run without raising a fuss, she “divorced herself from the show as soon as it went off the air”.

Wells and actor Russell Johnson are best known for their roles on the TV series “Gilligan’s Island” (1964), but they’re also well known for being infamous referred to as “and the rest” in the show’s original theme song. The phrase was later replaced by “the Professor and Mary Ann”.

“Mary Ann has been such a big part of my life these past 40 years, it’s really impossible to get away from it. But why would I want to? Everywhere in the world that I go I am greeted with love. Some kids who watched the show back then are still watching, but with their grandchildren now. That is a really wonderful thing! As an actress I have succeeded, I created a character that meant something to some people and it has lasted. So I refuse to ignore it and run away from it.” 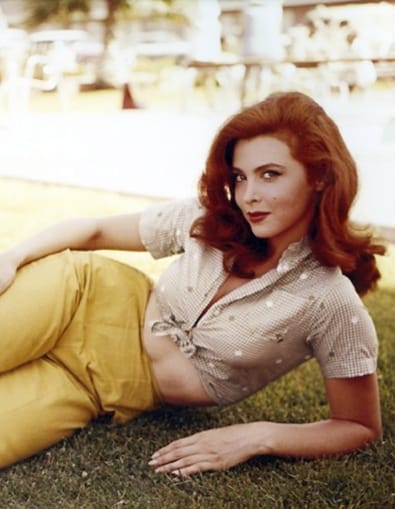 Tina attended Miami University in Ohio, and trained at the Neighborhood Playhouse and the Actors Studio.

Bio: A wholesome beauty from Reno, Nevada, Dawn Wells was on her way to becoming a ballerina, but bad knees prevented her from realizing the dream. Despite this, she did become Miss Nevada and was in the 1960 Miss America pageant. Wells majored in drama during her collegiate years (she was originally going to study chemistry) and after graduation moved to Hollywood and got parts in several popular television series. Wells got the part of Mary Ann Summers in “Gilligan’s Island” (1964), after CBS decided not to go with Nancy McCarthy (who played Bunny, the forerunner to Mary Ann). After “Gilligan” ended its three-year tour, Wells found work in the theatre and a few movies, but mostly talk shows that emphasized reunion themes. Lately, she has been in a popular commercial for Western Union, capitalizing on her Mary Ann character. – IMDB

Bio: Born in New York City, Tina Louise was still in her teens when she burst upon the national scene by starring on Broadway in the critically acclaimed box-office success “Li’l Abner”, based on the famous comic strip character created by Al Capp. Stellar reviews caught the attention of Hollywood and Tina signed up for her first feature film, God’s Little Acre (1958), which was an entry in the Venice Film Festival. It was at this point in her career that she began studying with Lee Strasberg and the Actors Studio in New York because she believed it was “time to develop and deepen my knowledge of the craft . . . Lee Strasberg,” says Tina, “had the most dynamic effect on me. He influenced my life as no other man ever has.” – IMDB