For anyone following the progress of the upcoming Legendary Pictures American made “Godzilla” film, one name should stand out above the rest in regards to the films list of producers, Yoshimitsu Banno, a man who was responsible for helming one of the most controversial G films of all-time, “Godzilla vs Hedorah.”

For you see, Godzilla, and Banno, were way ahead of the curve when it came to ecology. A full two decades before Al Gore was causing politicians, and the general public, to loose sleep over pollution, ‘the king of monsters’ was already on the case.

Though many critics have looked unfavorably at Banno, and “Godzilla vs Hedorah”, his film would follow a natural progression that began in 1954 with the release of the original “Gojira”, though this time around the film maker would change the message of Japan’s most famous movie series from anti-bomb to anti-pollution.

Granted, in the early 70s, Banno and Godzilla were not alone, recycling, conservation and other anti-pollution buzz words were on the lips of the younger generation who saw that man’s folly and wastefulness would eventually lead to his demise.

A message that seemed to fit in perfectly with the times.

Banno’s vision of a Godzilla film was very much different from any of the films that either proceeded, or followed it. The film maker added several elements to “Godzilla vs Hedorah”, such as animation, abstract images and actual letters from Japanese school children, that seemed a bit out of place in a movie of this type.

The film maker would also include scenes that were obviously inspired by Toho’s previous sci fi film “The H-Man” and the American 1958 cult horror, “The Blob.”

Risky move s to say the least, and moves that would ultimately lead to Banno never getting a chance to direct a Godzilla movie again.

During the filming of “Godzilla vs Hedorah” producer Tomoyuki Tanaka was very ill in the hospital, so Banno was allowed to direct, ‘without a net’, so to speak. After his release, Tanaka became furious after viewing the finished film and told Banno that, “…he ruined the Godzilla series and that he would never direct at Toho again.”

Tanaka’s reaction came much to the surprise of the film maker, who believed that his film could have been the starting point for a new and different series of Godzilla films. In fact while filming “Godzilla vs Hedorah”, Banno had began to develop two other G films, one a direct sequel and another where Godzilla would fight a giant mutant starfish. Again, the underlying message of both films would be anti-pollution.

Hedorah, an alien lifeform, lands on Earth and begins feeding on pollution. Thanks to his toxic nature, as well as his acidic, poisonous body, Hedorah very nearly puts an end to Godzilla in their struggle. Godzilla finally destroys Hedorah by dehydrating him using electrical generators set up by the military and his own atomic ray. The film contains several strange impressionistic animated scenes portraying the smog monster at his evil work.

On a side note, this was the first (and only) time we see Godzilla fly under his own power. He uses his atomic ray as jet propulsion. Director Banno reportedly added the scene to provide a light moment in what is otherwise a fairly dark film compared to many of those which preceded it.

As a Godzilla film, “Godzilla vs Hedorah” is a bit boring a times. The monster action seems to drag and in the end, Godzilla needs a lot of help from the military to defeat Hedorah, constantly having to force the monster between two giant electrodes to shock it to death.

As is the case with almost all the Toho sci fi films, post Eji Tsuburaya (the father of Japanese special effects, who had passed away a year prior), the effects in “Godzilla vs Hedorah” are inconsistent, and not of prior quality. Though it should be noted that Teruyoshi Nakano (a top member of Tsuburaya’s staff who took over for the master) didn’t use either over-the-top pyrotechnics or stock footage, both of which became standard in the Godzilla movies of the 1970s, in this film.

On the plus side, the film is a little more hip, and artsy, than any other Godzilla film. Two points that are somewhat refreshing, though most monster movie fans would agree that better monster action would be preffered over the films more artistic qualities.

Though I do want to give props to Banno for his excellent use of visuals. If he wanted to convey just how ugly pollution can be, he did a perfect job.

However, the ecology issue really kinda gets old after it’s been driven home over and over again.

After all is said and done, is “Godzilla vs Hedorah” a bad film? No, it’s just different. It’s enjoyable, entertaining and thought provoking, which depending on your mood, could be good or bad.

There are obviously other Godzilla films that I would pull out of my video library to watch before “Godzilla vs Hedorah”, but as a change-up, it’s definitely worth a the time.

As we all know, Yoshimitsu Banno tried in vein to continue on the legacy of his one and only Godzilla film with the never produced “Godzilla 3D to the Max.” In that film, Godzilla would have fought against a more modern version of Hedorah, called “Deathla”, in South America and here in North America.

Now that the film maker is attached to “Godzilla 2012” it is unknown just how much input he will have on the film, or if any of his unused film ideas will be included in the films story.

A Godzilla film that has an environmental message? In 2012? Seems to fit right in with current events doesn’t it? We’ll just have to wait and see. 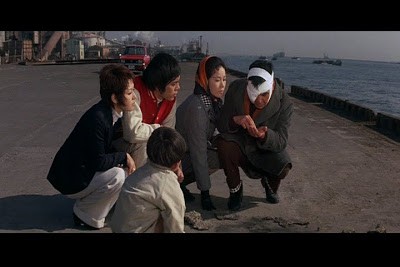 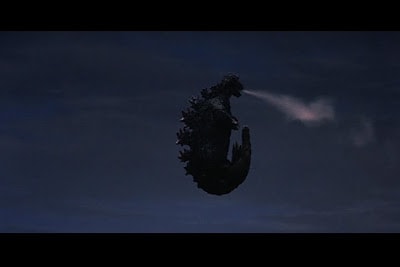 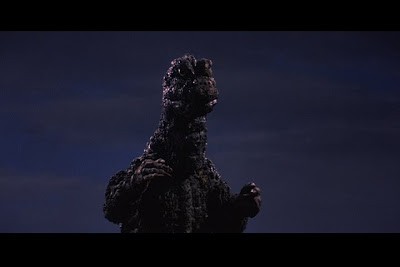