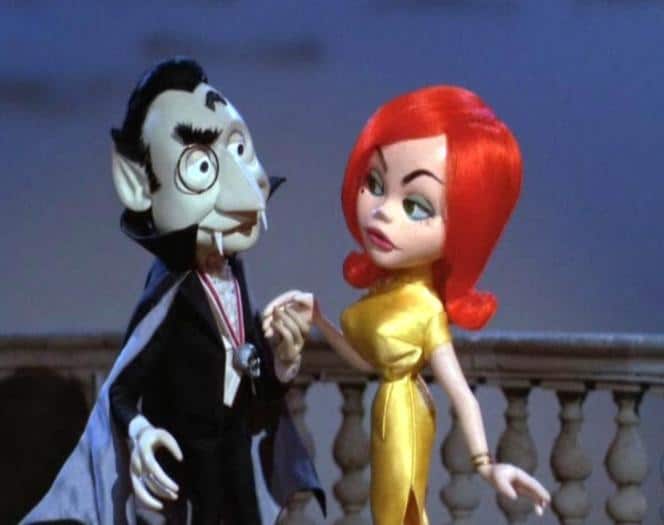 Baron von Frankenstein [voice of Boris
Karloff], the scientist who discovered the
secret to creation, has just perfected the secret
to destruction. In order to celebrate his
discovery, the baron invites all his monster
friends — Dracula, the Werewolf, the Mummy,
the Invisible Man, Dr Jekyll/Mr Hyde, the
Creature from the Black Lagoon, and the
Hunchback of Notre Dame — to his Caribbean
Island of Evil for a big party. The baron also

has another reason for hosting such a gala. He
has decided to retire as head of Monsters
Incorporated and to pass on his secrets to his
only “living” heir — geeky, allergy-ridden
pharmacist Felix Flankin, son of the baron’s
sister, the white sheep of the family. As the SS
Herring bearing all the guests nears the island,
the baron briefs his zombies about the
necessity of remaining calm and collected no
matter what happens. Only Yetch is having
trouble keeping his head (and hands)
attached. This is partly because it’s been so
long since Yetch has seen all their friends, but
also because he is besotted with the baron’s
secretary, the lovely, well-stacked, red-headed,
cool-as-a-cucumber Francesca [Gale Garnet]. 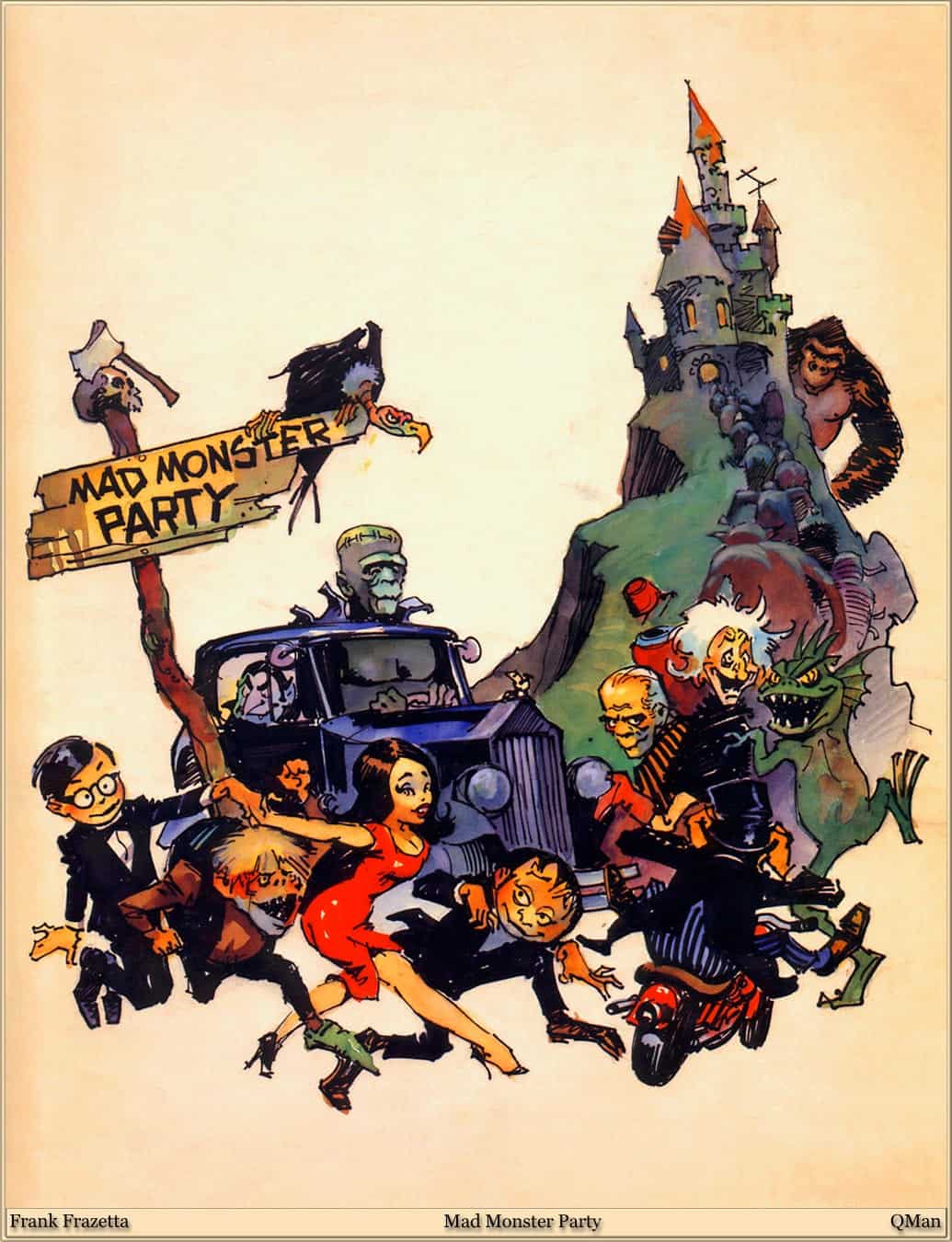 Dr Frankenstein decides to retire, leaving the monster business to his nephew, Felix. Frankenstein plans to announce his decision at a convention of monsters that includes his monster, Dracula, the Werewolf, the Creature from the Black Lagoon, Dr Jekyll & Mr Hyde and many more. However when Felix proves to be an incompetent (and unsuitably kind-hearted) human, the monsters plot to eliminate him and gain control of Frankenstein’s latest discovery: the secret of total destruction! 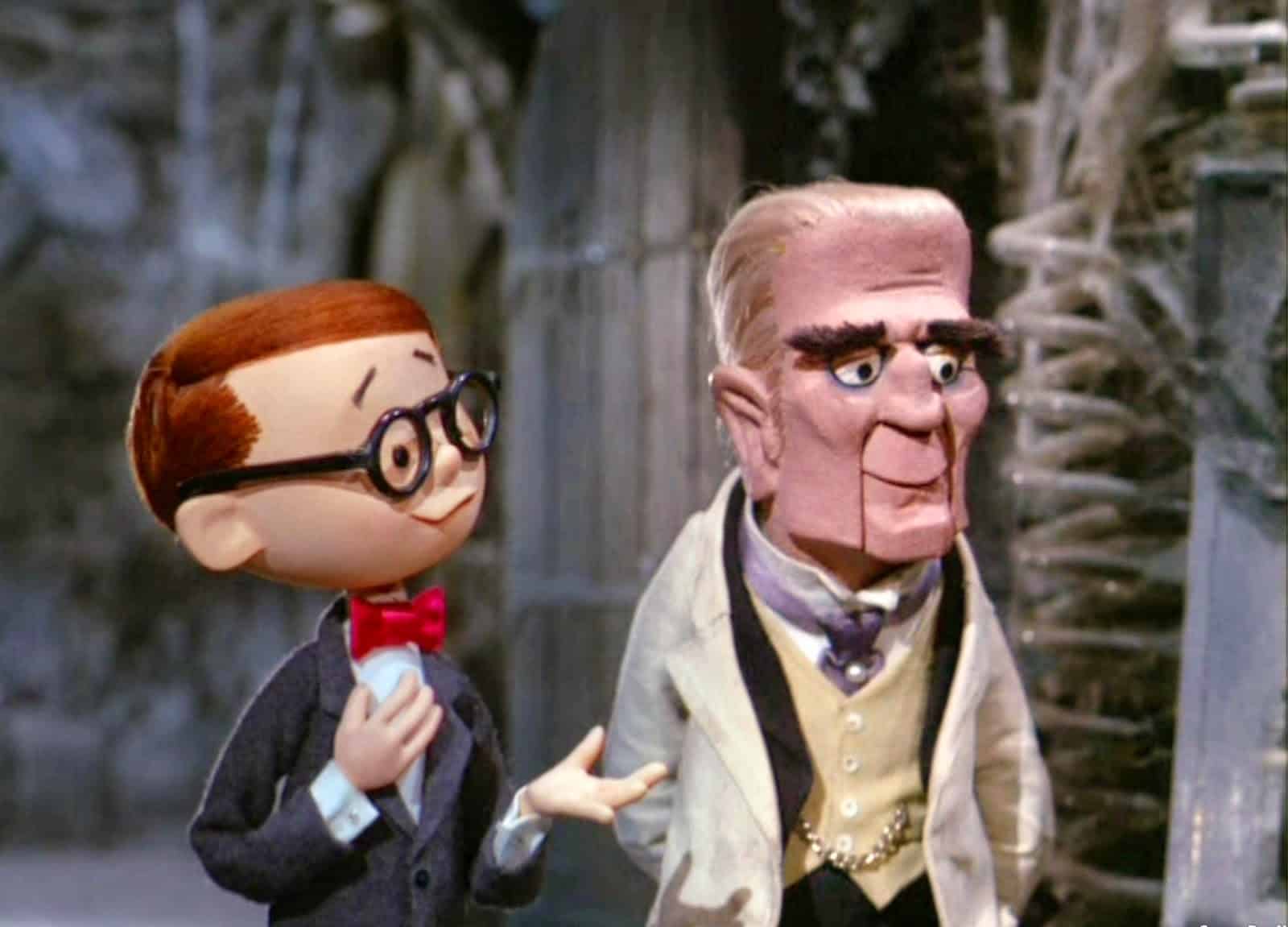 The film was created using Rankin/Bass’ “Animagic” stop motion animation process. The process involved photographing figurines in still shots and re-positioning them after each shot, the same approach used in Art Clokey’s Davey and Goliath and to create the giant ape in the original King Kong. Kong, in fact, makes a featured appearance in this film (sporting some rather colorful finger and toenails), although due to rights issues he is known only as “It”.

Classic monster movies were enjoying a resurgence in popularity in the late 1960’s, and humorous monsters like The Addams Family and The Munsters were enormously popular. This campy film is a spoof of horror themes, complete with musical numbers and inside jokes. 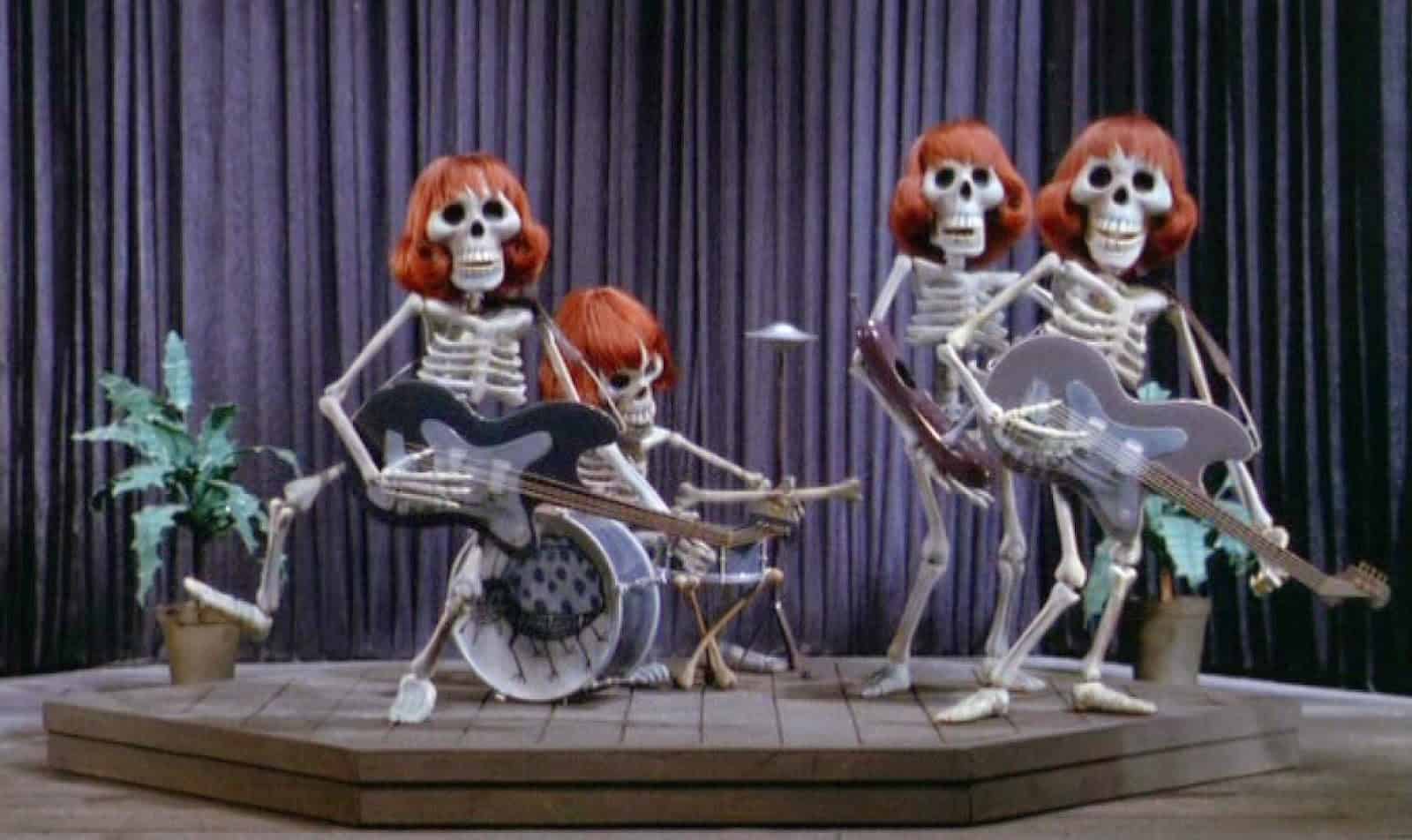 Mad Magazine creator Harvey Kurtzman penned the script, and Mad artist Jack Davis designed many of the characters. Davis was a natural for the job, being famous both for his humor work and his monster stories in the pages of EC Comics. It has long been rumored that Forrest J. Ackerman had a hand in the script, but while the script is rife with Famous Monsters of Filmland -like puns, Ackerman’s involvement has never been confirmed. Although mostly intended as a kid’s picture, the film does feature some of Kurtzman’s typically dark humor and a few mildly risque jokes (in one scene, Francesca falls over, and when Felix struggles to lift her, she says, “I wanted you to know I’m no easy pick-up.”) In another scene, a character briefly has his head replaced with a cooked pig’s… and this is surely the only “kid’s picture” to end with a mushroom cloud!

The cute/ghastly look of the creatures in this film was very influential on The Nightmare Before Christmas and other Tim Burton monster designs; in particular, the little monsters seen in the Stay One Step Ahead number strongly resemble Burton creations.
In addition to the famous monsters seen in the film, Mad Monster Party? also features several celebrity likenesses. Boris Karloff and Phyllis Diller’s characters are both designed to look like the actors portraying them, while the hunchbacked lackey named Yetch is a physical and vocal caricature of Peter Lorre. Felix, on the other hand, strongly resembles Jimmy Stewart vocally but not physically.