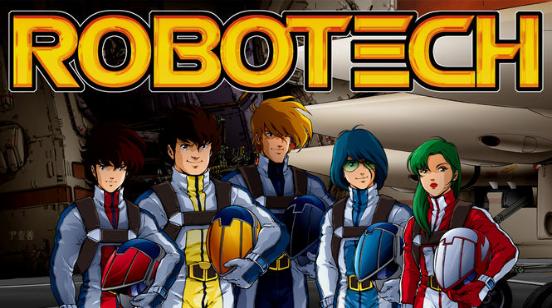 A Brief History Of ‘Robotech’

The decision to create ‘Robotech’ came from Carl Macek who was
disappointed at the crude alterations made to Gatchaman in the creation
of Battle of the Planets. He wanted to import an anime series of his own
and have it faithfully translated for the Western market. However, the best
series he could obtain, Chôjikû yôsai Macross, had only 36 episodes,
which was far too few for the standard 65-episode syndication package
that the North American TV market demanded. To fix that problem,
Macek decided to acquire two similarly-themed series, Chôjikû kidan
Sazan Kurosu and Genesis Climber Mospeada. He then connected the
series as a grand epic of succeeding generations of characters in the
series that are forced to fight three successive wars over an alien energy
source called Protoculture that the enemy is desperate to capture.

The series left viewers hanging with an unresolved ending that was not
continued until the release of Robotech: The Shadow Chronicles over 20
years later.

The First Robotech War (The Macross Saga) concerns humanity’s
discovery of a crashed alien ship and subsequent battle against a race of
giant warriors called the Zentraedi, who have been sent to retrieve the
ship for reasons unknown. In the course of this chapter, Earth is nearly
annihilated, the Zentraedi are defeated, and humans gain knowledge of
the energy source called protoculture. Humanity also learns of the
Robotech Masters whose galactic empire the Zentraedi protected and
patrolled.

The Second Robotech War (The Masters) focuses on the arrival in Earth
orbit of the Robotech Masters, who have come seeking what turns out to
be the sole means in the universe of producing protoculture. Through a
combination of mistrust and arrogance, their attempts at retrieving this
meet with opposition from the humans and unleash a war that leaves the
Masters defeated and Earth awash in the spores of a plant called the
Flower of Life—the source of protoculture and a beacon to the
mysterious Invid who scour the galaxy for its presence.

The Third Robotech War (The New Generation) begins with the arrival on
Earth of the Invid, who are lured by the Flower of Life and rapidly conquer
the planet. References in the previous two chapters explain to viewers
that many of the heroes of the First Robotech War had left Earth to seek
out the Robotech Masters on a preemptive mission, and it is this
Robotech Expeditionary Force that sends missions back from across the
galaxy to attempt a liberation of their homeworld. The storyline follows
one group of freedom fighters as they work their way towards the final
battle with the Invid.

Harmony Gold attempted to produce several follow ups  to the original
series, most notably Robotech II: The Sentinels, but only enough footage
for a single feature was completed. The project fell through due to
problems with toy licensing and changes in the Japanese yen-US Dollar
exchange rate, among other reasons. The Sentinels saga continued to
be chronicled in the novelizations by Jack McKinney and comic book
adaptations by the Waltrip brothers.

A terrible reception by the fans to the Robotech: The Movie screening in
Texas led to Cannon Films pulling the feature from release in 1986.
Director Carl Macek has gone on record as disowning it.

A disastrous reception by the fans to the Robotech 3000 trailer in 2000
prompted Harmony Gold to cancel the project before any more footage
was completed. In addition, Netter Digital, the animation producers of the
trailer, went bankrupt shortly afterward.

Robotech: The Shadow Chronicles was first announced at Anime Expo
2004 as the latest incarnation of the Robotech saga. Unlike previous
attempts, the movie was a direct continuation of the original series’ last
episode. The first teaser trailer debuted one year later at Anime Expo
2005 for the 20th anniversary of Robotech. The 88-minute movie
premiered at various film festivals in 2006 and a limited theatrical run in
January 2007, but the DVD release was delayed until February 6, 2007.

Robotech: Shadow Rising is a proposed sequel to the Shadow
Chronicles that was originally intended to be released in 2009. However,
subsequent announcements in mid-2008 have made it clear that little or
no progress has been made on the film, and it has been indefinitely
postponed, pending developments with the live-action film.

Warner Bros. and Maguire Entertainment have licensed the film rights to
Robotech and are reportedly considering the production of a live-action
adaptation. Tobey Maguire (Spider-Man and Seabiscuit) “is eyeing the
lead role” and will also serve as the film’s producer.

Robotech: Love Live Alive is a co-production between Harmony Gold
and Tatsunoko Production due for release in 2013. It is based on the
OVA Genesis Climber MOSPEADA: Love Live Alive, but will also
include new material. Many of the old voice actors will reprise their roles.