Based on an illustration by Japanese illustrator
Shunya Yamashita, Spider-Woman looks better
than ever in her iconic outfit. Crouched at the
ready, her hair flowing in the breeze, the
beautifully sculpted Spider-Woman is prepared
to leap into action at a moment’s notice. Display
either masked or unmasked with the included
optional face. The 1:7 scale plastic
Spider-Woman Bishoujo Statue stands
approximately slightly over 5-inches tall atop her
display base.

Spider-Woman (Jessica Drew) is a fictional character, a superheroine in comic books published by Marvel Comics. The character first
appeared in Marvel Spotlight #32 (cover-dated February1977.) Jessica Miriam Drew was born in London, England. At a young age,
her family moved to a lab built by her father and Herbert Wyndham near Mount Wundagore in Transia, where she became gravely ill
from months of uranium exposure. To save her life, her father injected her with an experimental serum based on irradiated spiders’
blood. Because the serum required a month’s incubation, Wyndham placed her in a genetic accelerator. Shortly after, her mother died
and her father left for the U.S.A., leaving Wyndham to care for her. While in the accelerator, she aged at a decelerated rate. When she
was finally released, decades later, Drew was only 17 years old. 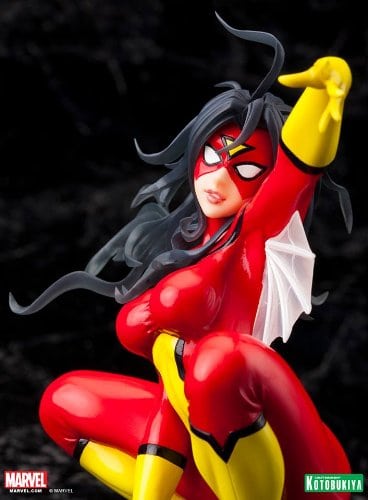 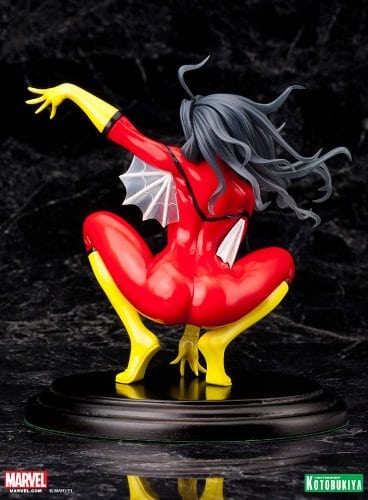