The first trailer to Christopher R. Mihm’s upcoming retro creature feature, The Giant Spider which is due to be released in May of 2013.

When radiation left behind by atomic weapons testing creates a gigantic killer mutant arachnid, it’s up to a trio of scientists, an Army general, a newspaper reporter and his fiancé to figure out how to stop the hungry beast from devouring the entire county. 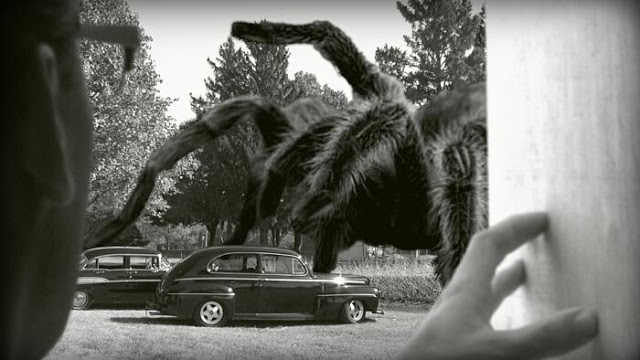