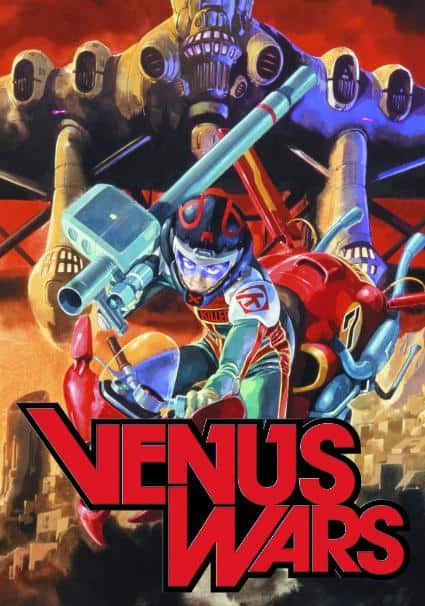 Venus Wars is a true classic in Japanese Animation. Both the
story and animation are truly before their time. The film is in
the upper level of the genre. Japanese Anime first really
gained popularity in the United States with the release in the
mid 1980’s of an Americanized version the Macross Series
known to most as Robotech. This was the beginning of an
underground fan base that began to gobble up all titles that
crossed the Pacific. Titles were scarce at first but soon the
overwhelming demand led to more titles being released in
America. I first learned of Venus Wars from an 1998 issue
of Newtype Magazine I purchased at a local comic shop. I
wasn’t until 1994 when the Sci-Fi Channel ran the movie
during their annual Japanese Animation Marathon that I first
saw the film. I was amazed at what I saw. The film to this
day remains one of my favorite.

In the year 2003, a collision with the giant comet has
transformed the surface of the planet Venus. In the year
2089, Venus has been colonized and divided into two
continents, Ishtar and Aphrodia. Susan Sommers, a bubbly
reporter from Earth, travels to Venus hoping to get a scoop
on the military tensions that have arisen between the two
nations. She arrives in the Aphrodian capital of Io shortly
before the city is invaded by the forces of Ishtar, led by
General Donner.

Meanwhile, a brutal, Rollerball-esque racing game is being
held in a local stadium. One team, the Killer Commandos, is
led by hotshot Hiro Seno. The game is disrupted by the
invasion and the team quickly evacuates. 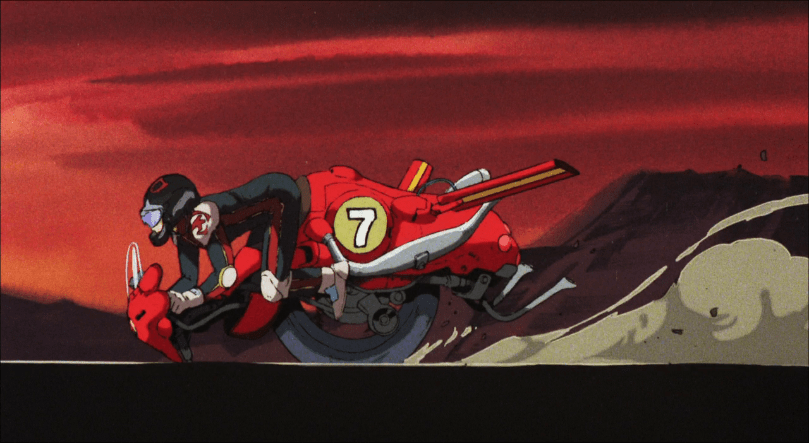 Hiro’s teammate Will picks up Sue on the way and takes her to the garage where the rest of the team is lying low. The invasion of Io is
completed in one day, and the politicians, police, and press submit to Ishtar’s authority. The city is put under martial law and a curfew
imposed. Many of Io’s citizens, including Hiro’s girlfriend Maggy, try to pretend that nothing has changed since the invasion, but
Donner’s iron grip on the city is too tight to ignore.Hiro visits his teammate Jack, who’s staying in his uncle’s high rise apartment. However, the police see them as trespassers and lead an
unprovoked assault against Hiro. He makes a daring escape from their custody, but not unscathed; his leg is pierced by a bullet and he
barely makes it to Maggy’s home before he collapses. She tends to his wounds, and Hiro shares a few secrets about his past. A
photograph of Maggy’s father’s spurs memories of the farm where he was raised; Hiro reveals that many of the terra-forming farms
funded by the Aphrodian government were frauds simply meant to secure land away from Ishtar. That their crops continually kept
failing since the plants couldn’t endure the constantly changing weather conditions of the planet (despite convincing claims from
so-called government sources)! He bitterly notes on how only the politicians made any money out of this situation, that all governments
are corrupt, and expresses his frustration and anger at the state of the world. His words trouble Maggy; so much so, that she bursts
into tears and collapses into his arms in a crying fit! Hiro comforts her, leading to both sharing an embrace and a passionate kiss. The
moment is ruined when her father returns from work; Hiro is ushered into a back room and overhears the ensuing conversation.
Maggy’s father is a bureaucrat, and he’s pulling strings to have the two of them evacuated out of Io as he did with her brother and
mother. Maggy is horrified at the thought of abandoning her friends and defiantly stands up for them against her livid father (who views
them as just self-centred adrenaline junkies), before he furiously shouts her into silence as Hiro secretly storms out.

Meanwhile, Miranda of the Killer Commandos discovers that their manager, Gary, has been secretly smuggling arms into the city.
Raiding his cache, she reveals her plan to demolish the Ishtar tanks that are parked in the old stadium. Gary says that the Commandos
would be fools to try such a suicidal mission, but Hiro likes the idea and inspires his teammates. The Killer Commandos lead an assault
against the tanks, but underestimate the strength of Ishtar’s military. Jack and Gary are killed in the melee, and Hiro nearly shares their
fate. At the last minute, however, the team is saved by the Aphrodian Freedom Force, which had also been planning to attack the
stadium that night.

Sue and the Killer Commandos are forcibly recruited by Lt. Kurtz, who thinks that their skills as monobikers would be useful in his
Bloodhound Squadron. Tensions run high among the Killer Commandos and the team is divided; Will and Sue think that it’s important
to fight for Aphrodia’s freedom, but Hiro and Miranda want nothing to do with war. Will is called out on a mission and Sue begs him
to take her along. He instead convinces her to wire her camera to his monobike so he can film their attack. But to Sue’s horror, Will
disappears in battle. Sue steals a buggy to search for him on the battlefield, only to stumble upon the terrible truth of his death.Upset over Will’s fate, Hiro and the Commandos demand to be freed from the Freedom Force’s custody. Lt. Kurtz and Hiro quickly
strike up an animosity, and Kurtz challenges Hiro to a race across a ravine in their monobikes. Despite having a ten second head start,
Hiro is taken out by Kurtz. Nevertheless, Kurtz is impressed by Hiro’s raw talent, and makes him a deal: he will release the Killer
Commandos on the condition that Hiro joins the Bloodhound Squadron. Hiro grudgingly accepts his offer, and says goodbye to
Miranda and his friends.

Back in Io, General Donner is visited by Sue, who requests an interview with him for the Independent Press on Earth. Once alone with
him, Sue pulls a gun and threatens to kill him in order to avenge Will and all the other innocent people who have died in the war. She
fails to release the safety however, and is quickly disarmed and arrested. Displaying his sadism Gerhard accosts Sue, snatches away
her firearm, then discharges her pistol inches from the side of her head, before putting it to her skull and pulling the trigger, cruelly
revealing he’s used up all the bullets.

Kurtz leads the Bloodhound Squadron in a surprise and intense strike on Io. Kurtz is disabled, but Hiro manages, through sheer luck
and skill, to corner Donner’s tank and destroy it by getting Gerhard to fire on him (raging that he shall not be beaten by children), with
his shots missing Hiro and striking a runway that collapses ontop of (a screeching with frustration) Gerhard in his tank. With their leader
dead, the Ishtar forces are quickly disbanded and Aphrodia is freed from their control. Kurtz and Hiro end their animosity and Kurtz
gives Hiro his monobike as a sign of goodwill. While driving through the streets, Hiro encounters the recently released Sue, who’s being
evacuated to Earth. She thanks him for all of his help, and he tells her to come back and visit Venus again.Following Sue’s tip, Hiro makes the long trek to a refugee camp; there, he and Maggy are happily reunited (thanks to her siamese cat
Andrew). Back on Earth, Sue has given a world exclusive on the Venus Wars. She plans to spend her vacation on Venus so she can
rejoin her friends. 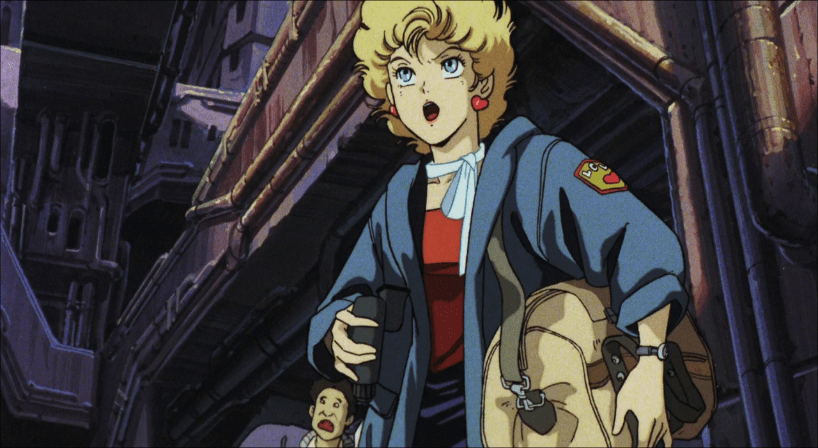